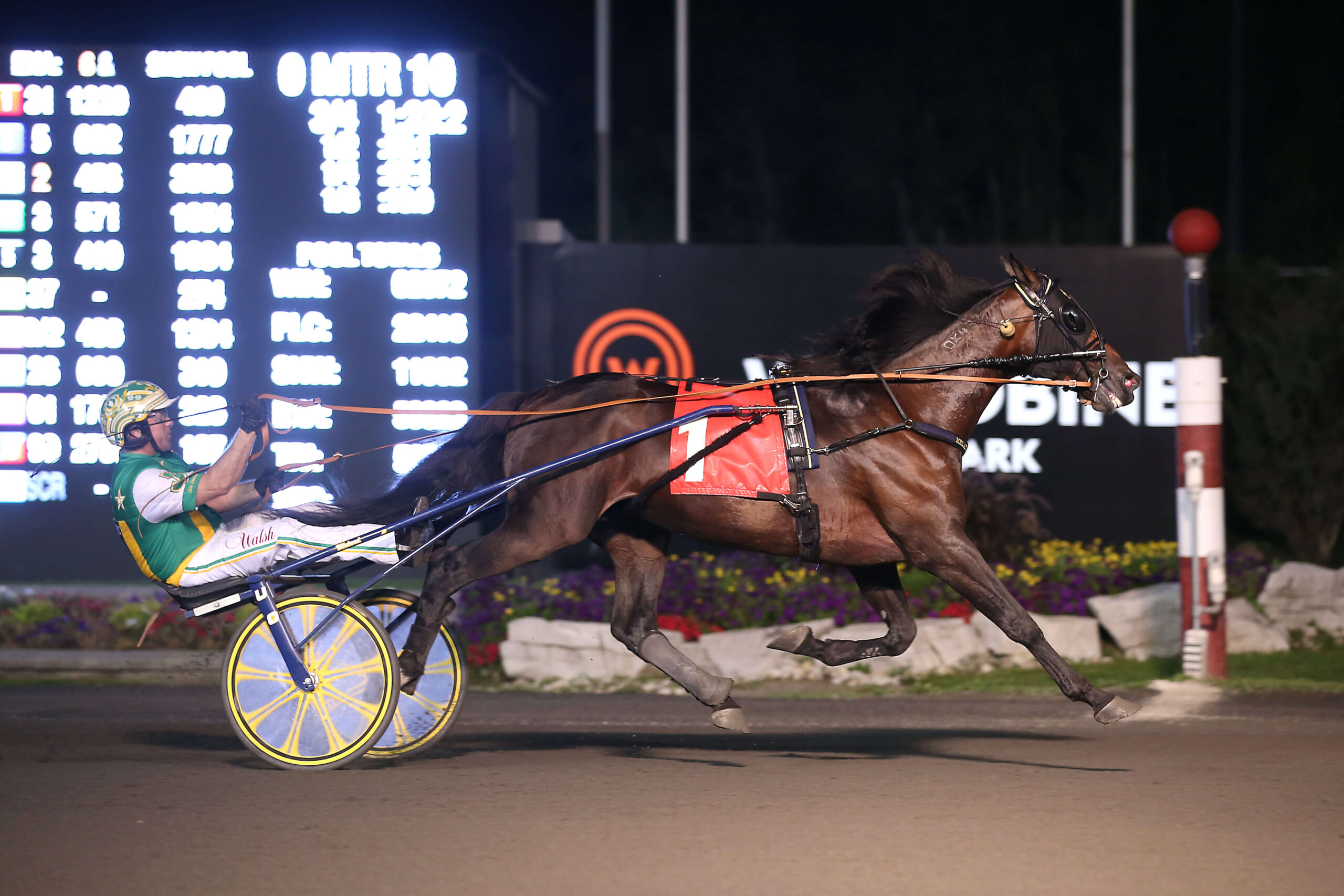 Multiple stakes-winning trotter Crazy Wow (2, 1:54; 3, 1:51 1/5 ($2,532,143), a world-champion son of Crazed and his sire’s all-time leading earner, is relocating from Leatherstocking Equine in New York to Diamond Creek Farm Kentucky for the upcoming breeding season, it was announced today by Crawford Farms. He will stand the 2021 season for $3,000.

“Al and I are very excited to have Crazy Wow standing at Diamond Creek in Kentucky, especially with the upcoming KYSS program and new tracks opening,” said Michelle Crawford. “We feel that with the new bonus program in place it will attract breeders and horsemen looking to participate in this opportunity.  Crazy Wow has thrown correct, long-legged, beautiful individuals and we feel with his strong pedigree and conformation that he will make his presence known in God’s Country. Working with Adam Bowden and the Diamond Creek staff is always a pleasure, and we are looking forward to the beginning of a great partnership with their cutting-edge stallion facility and team!”

A tough and tenacious performer from ages two through six, Crazy Wow was a World Champion at two. The precocious juvenile captured two legs and the Final of the New York Sire Stakes, as well as the Madison County en route to a 5-for-11 record in his freshman season on the track.

Crazy Wow enjoyed his best season at three, winning 9 of 17 starts and amassing earnings of $1,027,612. He won the Colonial, Erskine, Empire Breeders Classic (in track-record time of 1:51 1/5), the Matron, a division of the Bluegrass, and three legs of the New York Sire Stakes at Monticello, Vernon, and Yonkers. He added to his already impressive accomplishments at five, taking the Harry Harvey Inv., the Cleveland Trotting Classic (world record of 1:52 3/5), the Charlie Hill (track record of 1:52f), and the Maxie Lee Inv. over JL Cruze at Chester. At six, he was the Maple Leaf winner and was multiple stakes-placed in his final season on the track.

“We are looking forward to this collaboration with Crawford Farms,” said Diamond Creek’s Adam Bowden. “We have come close in the past to working with Al and Michelle, and now we are excited to cement this partnership with the addition of Crazy Wow to the Kentucky Farm. I am Crazy Wow excited!”

All told, Crazy Wow banked $2,532,143 in a spectacular career on the track, competing against some of the toughest trotters in recent years and he retired with a record of 67-22-12-7. Produced from the stakes-winning mare No Pan No Gain (by Mr Vic, a son of the influential Valley Victory), Crazy Wow boasts an out-cross pedigree and matches with mares from a wide variety of sire lines. He will be represented by his first yearlings this year.

All breeding and booking inquiries should be directed to Diamond Creek Farm at (717) 638-7100 or via email to bookings@diamondcreekfarm.com.